must get the treasure

to your getaway van

without being seen by enemies

! If you are caught, though, you  do have the remarkable ability to rewind time to a point at which you can retry the heist. If they see your treasure, they become alerted and their line of sight increases for a short time.

Featuring 14 playable levels and enemies with a ridiculously thin line of sight! (Maybe they have blinders on or something, idk)

WASD or Arrow Keys to move, Z to undo, ESC to pause, R to restart and M to return to the Menu (while paused), Space to continue to the the next level (after you've already won the current one - I mean, come on!) Also, there's a level selector accessible from the main menu that becomes usable after you complete the first level.

Made in two weeks for #LOWREZJAM!

Feel free to comment with your own best score (lowest moves, I guess) for each level!

Update 0.6 - Added a "Return to Menu" button in levels and updated functionality of previous buttons. Polished game page, added screenshots and cover photo. Updated some levels and added a final level at the end. Added additional polish to Level Selector.

Update 0.4 - Changed resolution to 64x64. Updated some levels and their difficulty.

When I load your game in my browser (Chrome/Windows) the end result is blurry. I don't know a lot about Unity, but I know there has to be some settings/code that could allow you to not have the pixels blurred together as other games use unity and don't have that issue.

That being said I enjoyed the game and I like having the option to undo.

Thanks for the feedback. I believe I was able to fix the blurriness now :)

the game has improved a lot since the last version, music and sound effects are great, it would be nice to have a level indicator though

altough the game is fun, it doesn't fit the 64x64 rule

Thanks for the comment! I just updated the resolution. 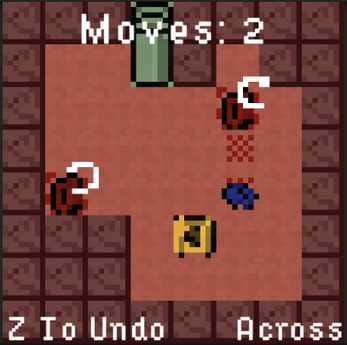 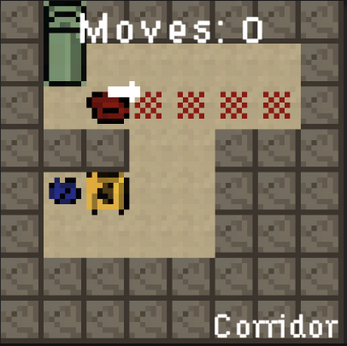 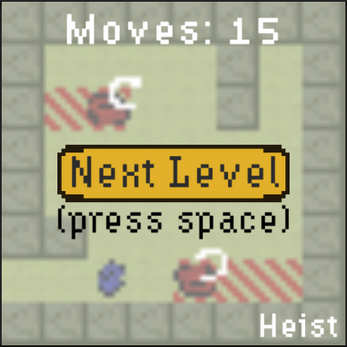 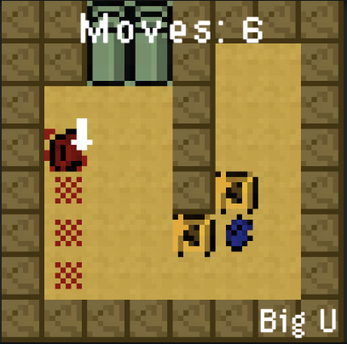